Humble Stumble: Hymns for Imperfect Saints: "Me And God" 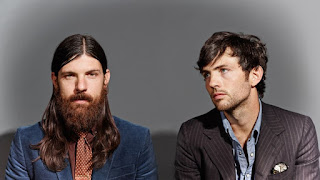 I have stumbled a bit on my "hymnal" project in conjunction with my "Life Lessons from a Bad Quaker" book. This suggestion comes from Lauren Miller. She suggested "Me and God" by the Avett Brothers.  It's a perfect addition to this "hymnal."

These are not "hymns" in the traditional sense. Rather they're songs that have spoken to my soul in a spiritual sense -- even if they are not "spiritual songs" per se. Though my bias is that that our hearts hunger for beauty and meaning and when artists create something that sings deep in our souls, well, they've created a "hymn," even if it was unintentional.

You can listen to the who list on Spotify -- "Humble Stumble: Hymns for Imperfect Saints."

Suggestions of songs that have spoken deeply to you are welcome!

The Avett Brother's website is http://www.theavettbrothers.com/
Posted by Brent Bill at 10:41 AM 2 comments:

So What I Said Was: It's Already Late 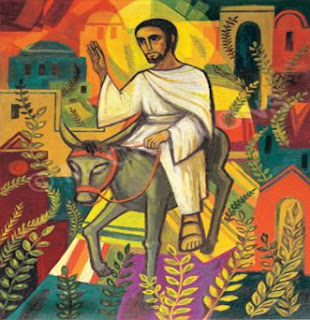 "When Jesus sent two disciples to fetch a donkey’s colt on Palm Sunday, they had no other task in the whole world more important than fetching it. If someone had said to them, “You are called to greater things; anyone can fetch a donkey,” and they had not done it, they would have been disobedient. But there was nothing greater for them at that moment than to fetch the donkey for Christ. I wish that we all might do every task, great or small, in this obedience." -- J. Heinrich Arnold

The roads approaching Jerusalem were jammed, as were the suburbs. After all, the main city, the site of the pilgrims’ travels for high holy days, was only about 1,200 yards wide by 1,500 yards.. Traveling the same roads as Jesus and his of disciples almost 2 million other pilgrims, coming to celebrate Passover in the holy city. Passover was one of three high holy times in the Jewish faith and the entire nation of Israel tried to squeeze within the walls surrounding the Temple. Some came from faraway lands, where the previous year they celebrated Passover with the words “This year here, next year in Jerusalem.” This year they were in Jerusalem.

Along the way Jesus continued his teaching. His opponents continued their plotting. By this time Jesus is a marked man. There’s a bounty on his head placed by those who fear him. They are afraid of him for any number of reasons. The religious leaders fear his heresy; they find his words blasphemous. The politicians worry that he has the people worked up into such a state that they will riot – thereby leading Rome to send in more soldiers to put down the ensuing insurrection. Still others just find Jesus unsettling to their comfortable way of living. All of them agree – it’s better than one man die than an entire nation.

At this time, Jesus still has the support of the populace, though. However, that support was like it is for all popular causes – it may have run the seventeen miles from Jericho to Jerusalem, but it was only about an inch deep.

He sends two disciples ahead to a village by the Mount of Olives. The Mount is in sight of the gates through the Temple walls. The two men are instructed to find a colt, whose owners will let them have it when they say the pre-arranged words “The Lord needs it and will send it back here shortly.”

They bring the colt back to Jesus. Instead of sneaking safely into the city, certainly the most prudent move a man in his position should make, he, a marked man, an outlaw, climbs upon it and begins his ride to the city – prominent visible to all, supporters and enemies alike. What a courageous act!

The people respond to this. They cheer and call out the words of the Psalms – praising God for sending the Messiah, the one they assume will free them from the power of Rome and restore Israel to its rightful place as premier among the nations. They chant the equivalent of “God save the King,” their words coming directly from Psalms used in Passover rituals. The specific Psalm they use is the 118th, which is known as the conqueror’s Psalm and signifies their hope that it will only be a matter of time until Jesus sounds the trumpet and their victorious battle against the infidels is joined. They wave their palm branches before him and shout their support.

His shallow supporters see in him the fulfillment of all their personal ideas about the Messiah. His disciples are feeling that, at long last, their time has arrived. Everyone is shouting, except Jesus.

He heads for the temple. Evidently he goes there with just his disciples – there is no mention of the crowd that had been hailing him. And then, “since it was already late, he went out to Bethany with the Twelve.”

That phrase, “since it was already late,” is fraught with meaning. Of the surface, of course, it merely means it was late in the day. The sun was setting and lamps would be lit all over Jerusalem. The time for work was over.

On Palm Sunday we celebrate what is known as Jesus’ triumphal entry into Jerusalem, Palm Sunday. Yet, as we examine the text, we see that triumphant, as the world understands it, is hardly the right word. Yes, Jesus may have rode into Jerusalem hailed as the conquering hero, but it was a triumph that would be of the most unexpected kind. Part of the challenge of this Lenten season and Palm Sunday is for us to re-examine our own views of who Jesus is. If we believe, as the Bible and our own experience tell us, that Jesus is the same yesterday, today and forever, then his message is unchanging also. The question is what might that message be for us today? Do we take time to do that, or will we, as the morning ends, and the noon hour approaches, decide that “it is already late” and head for our comfortable lunches and afternoon activities.

The message that Jesus was showing to those who had eyes and hearts to see that Palm Sunday long ago, was that, while he claimed his royal nature, his kingdom was one of spiritual peace and love. He rode into strife-riven Jerusalem as the Prince of Peace.

He rides on today – son of the high king of Heaven, with the armies of that kingdom riding behind him and his banner of peace. He rides on today to bring peace to us – in our lives, our families and in our world.

The world was not ready for the message that day almost two thousand years ago. Nor were his disciples. It may not be ready for the message today. The question for us is, are we? As a people who call ourselves his “Friends,” are we ready to lay down our notions about who our friend Jesus is and what his message is about? Dare we take a fresh look, with newly opened spiritual eyes, at what this son of God has to say to us? Are we willing to open our ears and hear? Or is it “already late.”

What a mixture of pain and sorrow that day must have been for Jesus. The tumult of popular acclaim had to feel good at first, and yet the closer he rode to Jerusalem, the more he must have realized how shallow that popular acclaim was. By the time he reaches the temple, he is alone with his fearful band of disciples. Instead of reigning in royal purple with a gold crown upon his head, he knows he will wear a crown of thorns and blood soaked purple robe. The hardest part must have been knowing that the very ones who acclaim him this day will call for his crucifixion by the end of the week. All because “it was already late.”

As we celebrate this day, let us pray that, though it is “already late,” we will have our spirits opened. Let us see this one who we call our Friend with new eyes and spiritual depth. Let us pledge anew our devotion to him and his cause – while realizing that to follow him will lead us ultimately to the foot of a cross.

It is already late.
Posted by Brent Bill at 8:54 AM No comments: