Just As I Am: A Bad Christian's Confessions on Faith 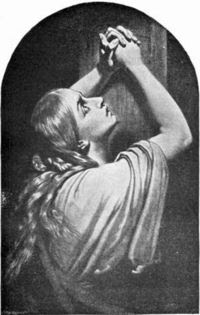 I am Pavlov’s Fundamentalist. I grew in a very theologically conservative Quaker congregation where altar calls were more prominent than the Friends peace testimony. To this day if I hear more than one verse of “Just As I Am” (“with every head bowed and every eye closed, as the organist plays softly through just one more time … just in case, just in case the Spirit is working on some soul’s heart. Let’s tarry here for that poor sinner.”), I have this almost uncontrollable urge to go forward and get re-saved. Or is that re-re-re-re-saved? I told you, I heard lots of altar calls as kid and teenager. Feelings of guilt and unworthiness sweep through and over me.

I don’t. Go forward that is. But “Just As I Am” (and other altar call songs such as “There’s Room at the Cross,” “Pass Me Not, O Gentle Savior,” and the like) still send a shiver of sin through me. Literally. I tend to shiver, like a cold wind just blew through the room. And, in light of my upbringing, I’m happy it’s a cold wind and not the hot breath of Hell-fire.

Which is not a bad thing, I guess. I need to be reminded from time to time that, in spite of feeling like the character in Todd Snider’s song “I’m An Alright Guy,” that I am not an alright guy. True, like the fellow in the song, I don’t have a “lotta bodies in my trunk,” but I still know in my soul that there are plenty of times that I don’t live up to the faith I profess.

Too much of my life is like the chorus from the song, too –
“I know I aint perfect but God knows I try
I think I'm an alright guy
I think I'm alright”

Yep, I try to be an alright guy – but I rely too much on my own efforts in doing so. And the harder I try, sometimes, the more I realize that being an alright guy is difficult work that is best done when empowered by the Spirit. It is a surrender – as in “I Surrender All.”

So I am thankful when I hear those old songs. They remind me to cast myself upon the ocean of light and life (as George Fox says) that covers the ocean of darkness and death. To remember, that as we used to mis-sing, “There’s a wildness in God’s mercy/ like the wildness of the sea.”

“Just As I Am” – indeed. A not alright guy who is loved by God more than I can imagine. Thank you, Jesus.