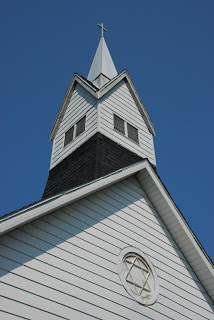 Us Free Will Baptists walked a thin tightwire,
a springing path out over the abyss.
We knew how a sudden April desire to dance
can topple you head over heels into the fire.

We knew how warmth exuded by a youth
singing at prayer meeting in a nearby seat
and inhaled deeply can inebriate
you to the point of renouncing the truth.

We lived repent-now-before-it's-too-late.
We didn't believe God forgives you, once and for all.
We knew how you can just turn around and fall,
of your own free will, how easy it is to doubt.

But there's no Free Willers left around this place
since the Phelps boy come back from Harvard talking
about Grace.

Marilyn Nelson is a newly elected Chancellor of the Academy of American Poets. She is the author of numerous collections of poetry, including Faster Than Light (Louisiana State University Press, 2012).

Posted by Brent Bill at 9:08 AM No comments: 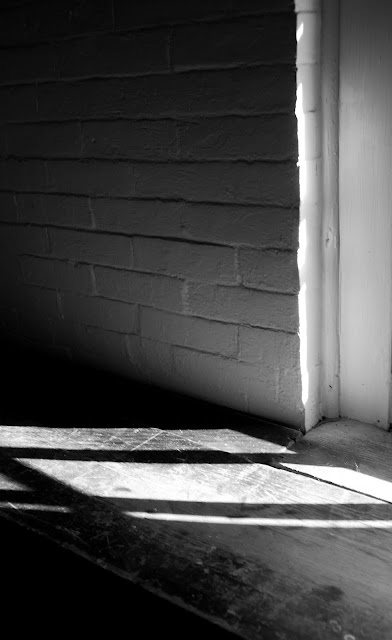 Love moves away.
The light changes.

I need more grace
than I thought.

"Two women with the same claim..."

by Louise Gluck
Two women with
the same claim
came to the feet of
the wise king. Two women,
but only one baby.
The king knew
someone was lying.
What he said was
Let the child be
cut in half; that way
no one will go
empty-handed. He
drew his sword.
Then, of the two
women, one
renounced her share:
this was
the sign, the lesson.
Suppose
you saw your mother
torn between two daughters:
what could you do
to save her but be
willing to destroy
yourself— she would know
who was the rightful child,
the one who couldn't bear
to divide the mother.

From "The Writer's Almanac"
Posted by Brent Bill at 10:06 AM No comments:

Quakers Revitalization -- Come Chat About It!

Posted by Brent Bill at 4:49 PM No comments: 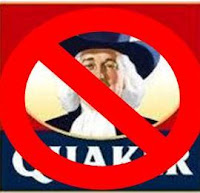 I'm a big fan of singer/songwriters.  And Jackson Browne's one of my favorites.  Recently I was listening to one of his solo live acoustic albums. When he's taking requests, a fan yells out for "Peaceful Easy Feeling."  Which, of course, is not a Jackson Browne song.  But he's game and gets ready to sing it (after pointing out he didn't write it) and then he says he has trouble with some of the lyrics, particularly in the section that goes:

And I found out a long time ago
What a woman can do to your soul.
Oh, but she can't take you anyway,
You don't already know how to go.

"Well," Browne said, "I flat out disagree with that."

I felt the same way when reading a couples of blogs written by Friends (and friends) the past week or so.  My first disagreement arose when I read David John's Quaker Life article titled "Moving Forward or Circling the Wagons."  David's a thoughtful Quaker theologian and the article has some good points, such as "There are numerous occasions inviting us to examine our identity and our purpose" and "embodying [the Testimonies] means we move as Christ calls us and enter the places where living these convictions takes us."

But when he writes "But one thing is certain: God is not calling us to be Quakers," "Well," Brent said, "I flat out disagree with that."

Strongly.  Perhaps that is true for David and some others, but it's not true for me -- and others I know.  Some of us do feel that God is calling us to be Quakers.  That's why we are Quakers -- we felt called to it, led to it, introduced to a way of faith that spoke to our condition in a manner that no other form of Christianity did.  I grew up a Friend -- but it was in college that I became convinced that this was the faith tradition for me.  And that was not just some intellectual assent.  It felt like then -- and remains to this day -- a call.  I am called to be a Quaker.  I think the RSoF is being called by God to be Quaker.

I do not say that being Quaker is about preserving Quakerism and its institutions, but rather living out a particular faith tradition that speaks to our conditions -- and to which we can invite others seeking for a vital, living faith that has emphasis on both personal encounters with God and practicing the results of those encounters in the wider world.

Another blog (especially the title!) that pricked my spirit was Micah Bale's "Being Quaker Is Not the Point."  "Well," Brent said again, "I flat out disagree with that."  For me, being Quaker is precisely the point.  That's because my understanding of what it means to be a Quaker encompasses embodying "the living presence of his [Jesus'] Spirit."  Again, I am not concerned with preserving an "-ism" or it's institutions, but I think the Quaker message and the way it impacts our daily lives of faith and practice can be a profound experience of faith for those of us who claim to be Quaker and on those who are seeking for a faith that "brings them to Christ and leaves them there," as George Fox said.  Oops, I'll probably get in trouble for invoking Fox instead of Jesus, but heavens to Betsy (not Betsy Ross), what an amazing concept.  Introduce seekers (and ourselves?!) to Quaker faith whereby they experience the life-changing power of the ever-living and ever-loving Christ who can speak to their condition.  A faith that is not some goofy new-age concoction but is rooted in Christian practice and faithful adherence by saints (and sinners) for over 350 years!

I, for one, want a faith that is both lived in the present condition of my life and grounded in tradition.  And so, for me, being Quaker is the point.  It speaks to my spiritual condition -- and, I am finding in my ministry of writing books about spirituality and at FGC in nurturing the start of new Quaker worship groups and meetings, to others, too.  People are drawn to what the Quaker message and way stand for and so.  So much so that where groups do not exist, they want to create them.

I find these ideas of not being called to be Quaker or the point is not to be Quaker offensive, hurtful, and dismissive of those of us who have intentionally and spiritually felt called to be Quaker, have made it a central point of our faith, and who have worked to spread that message as a main part of our message.  I find it dismissive of that great cloud of witnesses who have gone before us -- some of whom gave their lives for this message and way of faith life.  I find it dismaying and tinged with a touch of self-loathing.

While I admit I am quickly approaching geezerhood (if not already there) and more prone than ever to curmudgeonliness, I don't think that's the reason these pieces bothered me.  In fact, I don't mind being bothered, or shaken, or challenged in my thinking.  They bothered me because of the reasons stated above.  If you do not feel that God is calling you to be Quaker or that being Quaker is not the point, then perhaps you're in the wrong place.  Perhaps some new movement based on your interpretation of what God's work in this day and age are is where you belong.  You can root it in your particular understanding of scripture, tradition (well, probably not tradition -- after all, shrines and looking backward are a bad thing), and what the face of faith looks like today.  Burn down the meetinghouses, erase a history of faithful Christians, deny the spiritual wisdom of a collective community that has written spiritually and prophetically for hundreds of years, and spurn authority outside of like-minded others.

"Well," Brent said, "I flat out disagree with that."

As for me, as I stated I do feel that I am called to the Quaker faith and its way of working in my life and the world.  I feel in the deepest parts of my soul that being Quaker is point.  And I will continue to work for the expansion of this way of faith and life.  Not -- just in case you haven't picked up on this, dear reader -- to save institutions or an "ism", but because it is a faith that has changed my life and still has the power to change others.  I will continue to write about the spiritual riches of this ancient/modern faith and its efficacy.  I will support those who labor in the fields which are white unto harvest. And I will go on bearing the name Quaker as a servant of the Living Christ who was not born yesterday, but is the same yesterday, today, and tomorrow and continues to teach his people himself.

Now this could be the kind of small group that would actually attract people to your congregation...